Time for a fresh Rockport fishing report for the first week of December. November ended up being a bit of a bust, so we are looking forward to a new month and some better weather. So here we go.

After canceling more than 20 days within the month of November, due to weather, we have been back in action pretty well around here lately. There have been a couple nice sunny days, but still a bit fewer than we would expect. But the winds are light, sun is trying and we are making it happen out there.

The fishing is actually really really good right now. As in stupid easy… But we have to have the weather to be able to see them. That has been the tricky part. But the fish are really happy. They will eat anything put in front of them, easily. And they are aggressive in doing it too. So that part is awesome.

There are still some tails in the mornings. Not seeing much for big schools really, but schools of 10-20 fish can be found. They will tail pretty well in the mornings with the lower light. As the sun gets higher, they tend to split up and cruise around as solos or whatever else. So the tailers have helped out a bunch on some of these days lacking in sunshine.

As the days go on, especially on days like today with a ripping tide, you can absolutely count on a bunch of fish crashing the banks. The past handful of days have provided a ton of shots at reds blowing up bait along the banks. Also, kinda nice to see when the light has been a bit tricky on some of these days.

This past Saturday night we finally had a ton of water pull out of the bays. It’s a good thing. We were kinda tired of the high water. It’s a nice change of pace and has opened up some new opportunities as far as where we fish. This also has helped to encourage fish to push around with their backs out and crash the banks. So not all bad, finally getting some winter water conditions.

As far as flies… They are redfish and it honestly doesn’t matter much. They are eating everything. A bunch of the fish we landed over the weekend would puke up glass minnows all over the boat while handling them. Yet they still ate our topwater shrimp pattern. Others ate the black crab easily, although we haven’t been throwing it as much in the skinny water. A lot of our flies have been unweighted or topwater variety here lately. Color or style hasn’t seemed to matter much at all. Pink or white has been solid for sure though. And of course if you are fishing a bit deeper water, they are still eating the same old stuff.

We’ve been fishing all over the place. With the skinnier water, a few of our guides are loving the zones to the North; San Antonio Bay, Mesquite, etc. A couple others have been running a bit South, from Port A down to the Land Cut and having great results as well. Just kinda depends on the day, weather and stuff like that.

The crowds have seemed a bit better lately. Maybe that is in part to the crap run of weather we’ve had? Maybe it’s just that time of year? But it is a bit better out there. It’s looking like a bunch of the part time yahoos that come down from the Guad and crap are clearing out for a while. Thank goodness! Although we have seen a couple of those idiots around this past weekend still. But a few less skiffs around never hurt.

The weather looks pretty solid for the coming week or two. Hopefully we can get all these trips in, without having to scramble and cancel stuff. But we appreciate everyone being flexible and willing to adjust. We know how bad it sucks rebooking air travel and junk. So here’s to sunny days ahead!

We have boats out every day from now through New Years. So we will keep things rolling and updated as to what we are seeing out on the Texas Flats. Also, we have a new series of videos coming to our Youtube channel as well. Something kinda funny and different to do. Flyfishing is not serious. Or at least it shouldn’t be. So we are gonna have a little fun and make a few funny videos based on the lighter side of red fishing. 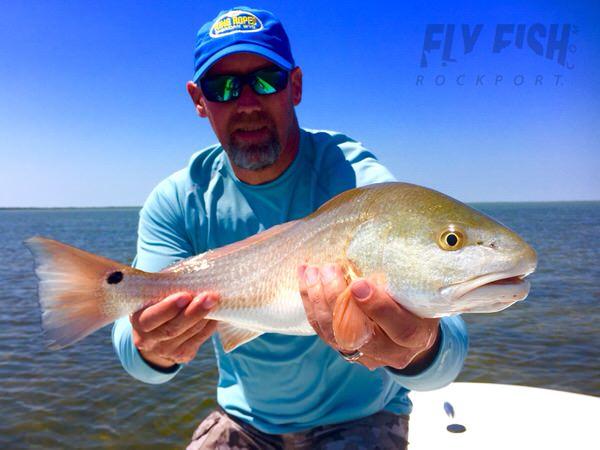